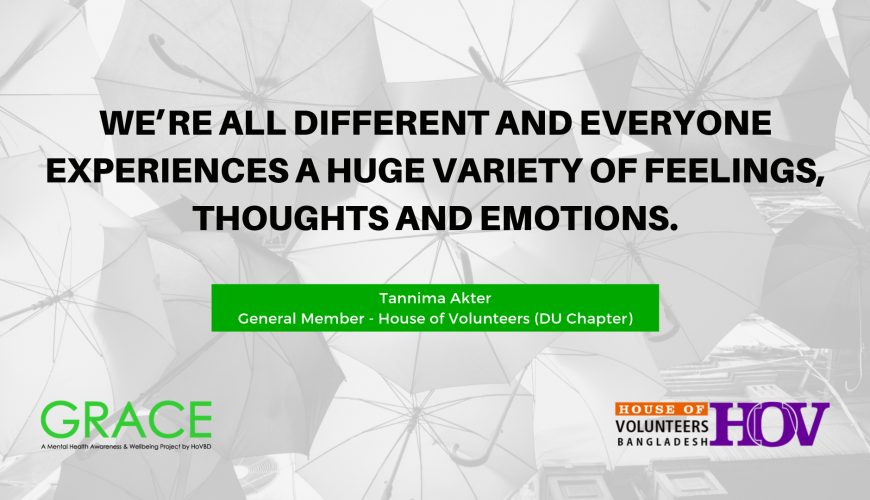 Why to Take Care of your Mental Health

We’re all different and everyone experiences a huge variety of feelings, thoughts and emotions. How we interact and cope with the outer world depends significantly on how we feel inside, how our mental health is. Our mental stability depends on our surroundings, upbringing, childhood, past experiences and things happening right now.

If the question is asked whether mental health is important or not, the answer is ‘as much as physical health’. According to the WHO, “Health is a state of complete physical, mental and social well-being and not merely the absence of disease or infirmity.” And mental health is defined as a state of well-being in which every individual realizes his or her own potential, can cope with the normal stresses of life, can work productively and fruitfully and is able to make a contribution to her or his community.

According to the WHO, about 20% of the children and adolescents of the world have mental disorders or problems. Half of the mental disorders begin within the age of 14, but in most countries and cultures, addressing the issue is avoided. Most low and middle-income countries have only one child psychiatrist for every 1 to 4 million people. About 800,000 people commit suicide every year. Nearly 300 million people are living with depression, the most common form of mental disorder, and that number has increased 18% from 2005 to 2015. In Bangladesh, 4.6% people suffer from depression, that is 73.6 lakhs out of 16 crore, estimates the National Mental Health Institute of Bangladesh and the WHO. About 78% of all suicides occur in low and middle-income countries. There’s a higher rate of suicide in Bangladesh too: according to Bangladesh Health and Injury Survey (BHIS), 2016, 66 people commit suicide everyday of which 40 are adults and the remaining 26 are young.