This project aims to promote earthquake awareness amongst children from schools in densely populated Dhaka neighborhoods. Volunteers conduct informative sessions at these schools on earthquakes: what they are, why they happen, how to prepare, and what to do in the aftermath.

Given the recent spate of frequent tremors Dhaka has experienced, this is crucial information that is expected to propagate through the children to their families, friends and neighbors.

In 2012, HOV Bangladesh conducted earthquake awareness campaigns on pilot basis at two schools of old Dhaka. In continuation of this endeavor a project titled “Earthquake Awareness Program for School Going Children” has been initiated with the support of EMK Center, Dhaka. From the launching of this project in April 2013, the project has trained 147 volunteers as presenters across 5 universities through training of trainers (ToT) program. Then total of 6,500 students and 99 teachers were given the knowledge on earthquake preparedness by organizing 10 Earthquake Awareness Campaigns at 9 schools located in old Dhaka.

HOV has a plan to scale up this initiative by including more schools in earthquake prone areas and also building capability for community awareness in future. 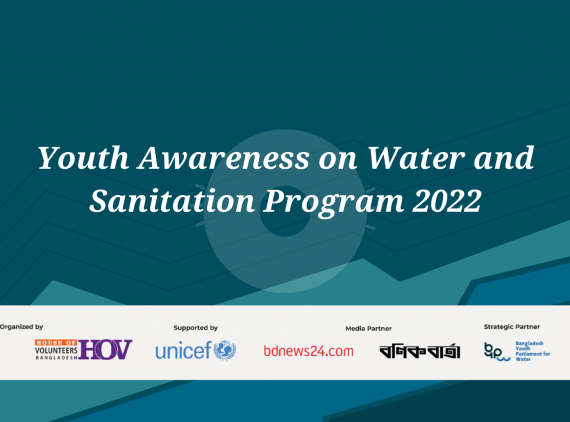